Blog Australian leaders ‘put the cat on the table’ November 21, 2013 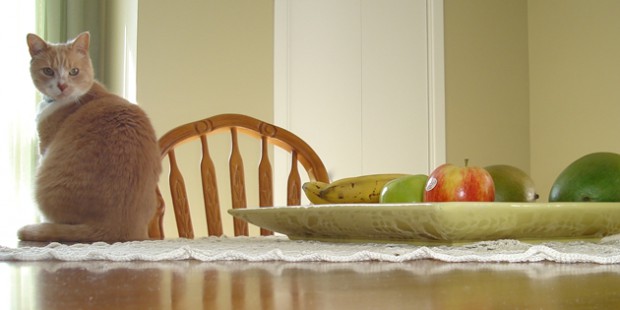 It only takes 5% more self-awareness to display positive, authentic and ethical leadership.

‘Putting the cat on the table’ is a Finnish expression that refers to speaking frankly and honestly about difficult subjects. I learned this while conducting leadership development program with a Finnish client – a global leader in their field, with a presence in 70 countries.

When we want to have a conversation about a difficult topic, we say ‘put the cat on the table’!  We use this expression when we want to bring up an issue that may be uncomfortable to talk about, but needs to be discussed.

While working with many of their executives, across four continents, they explained this expression means talking openly, honestly and being vulnerable.  The rules for when ‘the cat is on the table’ include being honest, open and respectful, as well as listening well, being direct, vulnerable and forgiving.

During the last few weeks we’ve seen ‘a few cats’ on the Australian table. We’ve seen good examples of courageous, positive and ethical leadership. And we’ve seen leaders standing for what they believe in and making tough decisions.

Yes, I’m referring to the recent Australian Defence Force (ADF) sex scandal – the ‘Jedi Council’ sex ring, which involved senior officers and the subsequent declaration by the ADF that “there is no place for illegal, offensive or discriminatory behaviour in the ADF”.  While at some stage the media said that the “ADF fails to shake its demons”, those accused of orchestrating the scandal have now been sacked from the army.

When leaders ‘put the cat on the table’, they generally fulfil their followers/constituents’ expectations by sending a strong message that they can be trusted to make right and fair decisions. They also display the courage it takes to stand for, and do, what it takes to make unpopular decisions among certain groups. In doing so, they generate greater accountability, which in turn brings about teamwork, true collaboration, discretionary and extraordinary results in any organisational culture.

I have seen it over and over, and Australia has earned a reputation for leading the world in delivering these types of collaborative projects through such alliances as: The Australian National Museum; The Wandoo B Development Offshore Oil Platform in WA; The SAFElink Alliance (Ipswich Motorway); and The Air Warfare Destroyer (AWD) Alliance.

Such alliances are a unique approach to delivering complex, high value infrastructure projects, where the overriding principle of ‘one for all and all for one’ becomes the name of the game. If you want to test the true power of transformational leadership within your team, without a doubt, this is the way to go!

The main reason for using project alliances is to provide better value for money by achieving what is referred to as game-breaking or breakthrough results. But what precedes this is the types of conversations that need to take place before true collaboration occurs between the key partners.

The number one barrier that stops the alliance partners fully engaging in meaningful conversations is their inability (a reluctance due to fear) to ‘tell their truth’, become vulnerable with each other, and trust their partners. What a great example of ‘soft skills with a hard edge’ that is!

Once everyone’s truth has been told, listened to, honoured and respected – once ‘the cat has been put on the table’ – the impossible is seen as possible and becomes possible. All of a sudden, the rules of the game have changed. Transformation has taken place and there is only ONE perspective. The alliance is now ready to move mountains.

You might think right now that this is visionary or utopian.  No doubt!  But, remind ourselves the following quote from Oscar Wilde:

A map of the world that does not include Utopia is not worth even glancing at, for it leaves out the one country at which Humanity is always landing. And when Humanity lands there, it looks out, and, seeing a better country, sets sail. Progress is the realisation of Utopias.

The examples of my Finnish client, the ADF, or the many successful alliances that have been delivered in Australia, are not isolated cases. There are many other comparable organisations that deserve a mention. What I continually learn from my clients, and other leaders, is their ability to step up their game and do what matters – with courage and conviction.

Are you a leader who puts time and effort in meeting your followers/constituent’s expectations, who builds trust and acts with fairness?

Have you considered the tremendous impact you could have by bringing only 5% more awareness to these behaviours?

How many cats have been on the table this week or month?