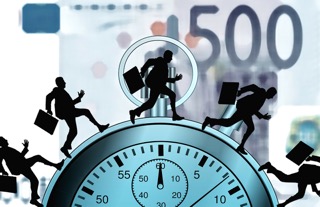 I have recently returned from running two one-week residential leadership development programs – one in Dubai and one in the Netherlands.

During these weeks, I had the opportunity to work with leaders from twelve countries, representing very contrasting cultures: Finland, Norway, the Netherlands, Germany, Switzerland, UK, France, Indonesia, India, Pakistan, Japan and Australia.

As you would expect, some of the most marked cultural differences (e.g. power distance and hierarchy– attitude to equality and authority, reasoning and persuasion styles, high vs low context communication styles, and time orientation) manifested during the intense time we spent together.

A common theme also emerged: the ‘busyness’ displayed by most of the delegates. (Busyness = the state of being busy with many things to do).

It is well-recognised that global leaders are particularly busy people and that often their denial blinds them from the doing-being paradox (p. 205). Of course, this also applies to many executives who work in their home countries.

Sometimes it feels like there’s an epidemic of busyness although I’m inclined to believe that it’s simply a trap for new players who brag about being busy because they live under the illusion that being frantically hectic equates to being productive, and makes them look good.

Busy and out of control

UoWYA executives are not only out of control, but they also appear to others as being out of control – always chasing their tails! They convey a very poor image of themselves which they are, naturally, unaware of! Their busyness controls them instead of them controlling their busyness.

Is this familiar? Do you know anyone who consistently behaves this? I’m sure you do. More alarmingly, however, would be, if any of these comments could be legitimately made by others about you.

Be on top of your game!

AoWYA leaders, on the other hand, have learnt via self-observation how to become aware of, and adjust, their behaviour using their inner state while they’re busy. They know that their busyness impacts both their verbal and nonverbal behaviour. Above all, they have learnt that focus on their momentary inner state provides them with the ability to recognise how their communication arises in the present moment.

This awareness begins with paying attention and focusing to develop the ability to mentally slow down, to look at situations more deeply and to identify new patterns of thinking and behaving. This leads them to notice what up until that moment has been unnoticed. As a result, they are able to distance themselves from their busyness while they are busy.

This distancing, or lack of identification with their busyness, is achieved by making their busyness ‘the object’of their awareness. This allows them to function at their highest and best, as opposed to reacting according to their emotions of the moment, or from their culturally specific programming.

This is why this type of awareness is particularly relevant to global leaders working on cross-border assignments who operate in a context of multicultural paradox and complexity.

Having said this, distancing oneself from one’s busy-ness is also relevant to any leader because such awareness enables more authentic communication – a key ingredient for leadership effectiveness and success! Being AoWAY means being on top of your game.

How can you get on top of your game?

A particularly effective strategy to achieve this awareness and behaviour change is bodymindfulnes. This is an integral approach that assists you to focus on your somatic-emotional sensations by linking your knowledge with your behavioural capability.

In doing so, you are able to become more present and communicate more effectively. Thus, conveying your message with congruence, balance, poise and confidence.

In addition, it can also help you to enhance your Cultural Intelligence (CQ) – The capability to function effectively in today’s global and multicultural world.

Sebastian is a highly experienced Leadership Development Expert and Executive Coach (Business Psychologist), who assists leaders to creatively and successfully shape their future in an increasingly demanding world where hyper-complexity is the new normal.

He can be contacted on: