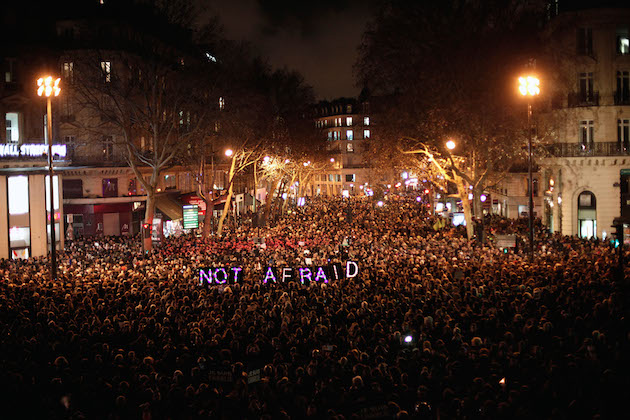 The strange mix of shock, pain, sadness, courage, solidarity, fearlessness and coordinated action resulting from the horrific events in Paris against Charlie Hebdo epitomise the ultimate expressions of collective leadership.

The fluid spontaneity, passion and engagement of the national call for accountability and collective action we have witnessed has been both moving and inspirational. It has co-created and immortalised collective meaning, shared purpose and universal identity.

Collective leadership occurs when people come together and mobilise the human, cultural and practical resources of their communities for the common good.

It’s an inclusive approach to leadership because it propels individuals to cross all boundaries – age, gender, status, income, religion and culture – to collaborate and commit to shared responsibility, mutual accountability and joint action.

The French Revolution invented the concept of fraternity as a political category alongside liberty and equality.

The impact of any traumatic event has always a ripple effect that expands from the direct victims (the centre) outward, which is why the rest of the world has also been touched by this event (and other recent events).

On this occasion, the ripple effect of the Parisians’ response to trauma has also reinvigorated universal values of freedom, bravery and unity.

Indeed, the response offers a great role model of collective leadership which is so much needed as we inexorably move into an uncertain future.

Paris, thank you for leading and modelling the way!