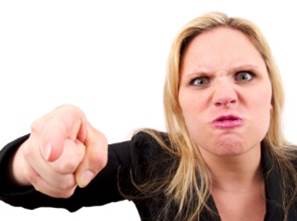 Some years ago, a prospective client approached me and said that she needed emotional intelligence (EI) coaching.

“I have been told that I need to develop more ‘self-regulation’ or ‘emotional control’ “, she said. Self-regulation or emotional control refer to the ability to respond to the daily demands of life with a range of emotions that are socially acceptable and sufficiently flexible to permit spontaneous reactions, as well as the ability to delay spontaneous reactions as needed.

When I asked if she could give me an example of how this lack of EI had been a problem for her, she shared the following story with me.

“There was a time when I was feeling extremely frustrated after being unsuccessful at securing a job following a long string of interviews.  While sitting on a panel interview, close to the end, they asked me what my weaknesses were. I replied that I always tell the truth.

Without hesitation, one the panelists exclaimed, “This is actually a strength!”.

I snapped back saying:

I don’t give a s**t about what you think!

Moral of the story

This story is not only a good example of the importance of ‘emotional self-control’ – a very important component of EI – but also other experiential and strategic aspects of EI such as your ability to:

Naturally, this includes knowing when and how (the right place and the right time) to tell your truth!

I would love to hear some of your real life examples.